What is the Internet of Things?

You may have heard of the Internet of Things (IoT) as it is a growing topic of conversation and interest as technology advances, which is changing the way we live. It is the concept of connecting any object to the Internet and other connected devices. The network of connected devices collect and share data about the way they are used and about the environment around them. Essentially, an IoT device is something that has an internet connection when it usually shouldn’t.

Objects are designed with built in sensors that are connected to an Internet of Things platform, which collates and analyses the data. Depending on the purpose, this information can be used to detect patterns, make recommendations and detect any possible problems.

The IoT is all around us from the moment we wake up. Examples range from self-driving cars with sensors that can detect objects in their path, to fitness devices that measure heart rate and daily steps. Even appliances such as security cameras, smart light bulbs and speaker systems fall under the category of the IoT.

An increasing number of devices are being created with Wi-Fi capabilities. According to data from IoT Analytics, there are roughly 7 billion IoT devices in existence, and this number is set to explode in the following years as internet consumption rises and new technologies hit the market. Intel have predicted that the global market for IoT technology will reach $6.2 trillion by 2025.

The Internet of Things Sensors

As the Internet of Things (IoT) industry grows, so does the opportunity to utilise sensors. Sensors are devices that detect and respond to changes in an environment, with inputs ranging from a variety of sources including light, temperature, motion and pressure. Sensors output valuable information and if they are connected to a network such as the IoT, they can share this data with other connected devices and management systems.

Gas sensors in particular can be used to monitor and detect changes in air quality, including the presence of toxic, combustible or hazardous gasses. Industries using gas sensors include mining, oil and gas, chemical research and manufacturing. A common consumer purpose is the use of carbon dioxide detectors in many homes. When gas sensors are connected to the internet through the IoT, this valuable data can be used to inform of important changes in air quality, which may have detrimental consequences to human health or the environment for example.

Smart Farming and the use of Gas Sensors 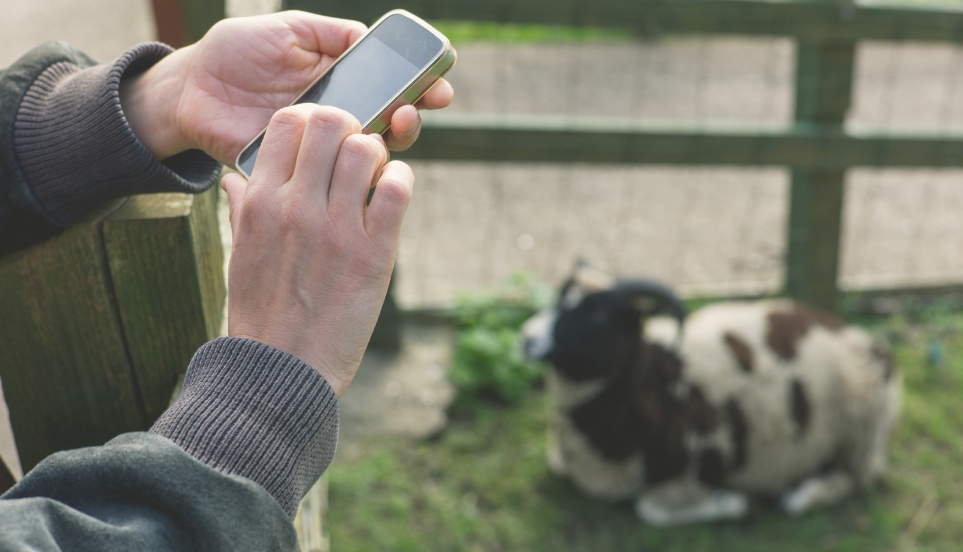 Smart farming has been referred to as the ‘key for the future of agriculture’ by the World Health Organisation. It is an agricultural management concept that uses modern technology and the Internet of Things to increase the quantity and quality of farming produce. When farmers have access to technologies such as GPS, soil scanning and data management through the internet, they can precisely measure variations within their farm and adapt a strategy accordingly. For example, they can increase the effectiveness of pesticides and fertilisers or monitor the needs of individual animals and adjust their nutrition accordingly.

Gas sensing can be used in smart farming for a number of purposes. For example, modern systems have been developed for controlled environment horticulture that are designed to further optimise the growing conditions of crops. They use sophisticated gas sensors that can be connected to the internet in order to control not only the temperature, light level and water, but also the level of nutrients, humidity, pH and Carbon Dioxide within the atmosphere. Carbon dioxide enrichment through controlling the environment is required in large glass greenhouses when the CO2 present in the air becomes depleted as this slows down the photosynthesis process and reduces productivity.

Furthermore, CO2 monitoring plays a vital role in the preservation of stored grains and cereals. Gas sensors can detect changes in temperature and moisture levels in grain storage, which is crucial for quality and edibility. This is because insects and mould are dependent on the temperature and moisture of the stored grains. Some moulds release mycotoxins which are harmful to humans because they can suppress the immune system, reduce nutrient absorption and even be lethal. When connected to the internet, this data

Smart Packaging and the use of Gas Sensors

The development of emerging smart packaging technologies have been greatly accelerated in recent years. This involves the incorporation of gas sensors into food packaging for the real-time monitoring of food quality.

Through the precise control of the package’s gaseous environment, the shelf life of the product can be extended without the requirement of adding chemical preservatives or stabilisers. The ageing process is slowed down which reduces colour loss, odour and off-taste resulting from product deterioration, spoilage and rancidity that can be caused by mould and anaerobic organisms. As a result, manufacturers will have more control over product quality, availability and costs. They can eliminate product rotation, removal and restocking which will reduce labour and waste disposal costs. Furthermore, distribution territories can be widened and product replacement cycles extended which reduces production replacement demands. As a result, overall profits will be maximised.

When connected to the internet, alerts can be sent out to food manufactures and the data can be collated and analysed to be used for making improvements and alterations to packaging methods.

If you are interested in the Internet of Things Sensors, please browse our range of gas sensing products and do not hesitate to get in touch as we look forward to being of assistance.

Alternatively, to stay tuned for future news and research from Edinburgh Sensors, why not join us on social media and sign up to our infrequent newsletter via the button below.