This article takes a look at the paradoxical ideology that while the impact of technology on the environment has been highly negative, the concept of environmental technology could save our planet from the harm that has been done. This idea is supported by WWF 1, who have stated that although technology is a solution enabler it is also part of the problem.

The term ‘technology’ refers to the application of scientific knowledge for practical purposes and the machinery and devices developed as a result. We are currently living in a period of rapid change, where technological developments are revolutionising the way we live, at the same time as leading us further into the depths of catastrophe in the form of climate change and resource scarcity.

This article will begin by discussing the negative impact of technology on the environment due to the causation of some of the world’s most severe environmental concerns, followed by the potential that it has to save the planet from those same problems. Finally it will explore the particular environmental technology of the gas sensor and discuss how it plays a part in the mitigation of negative environmental consequences.

The Impact of Technology on the Environment

The industrial revolution has brought about new technologies with immense power. This was the transition to new manufacturing processes in Europe and the United States, in the period from about 1760 to 1840. This has been succeeded by continued industrialisation and further technological advancements in developed countries around the world, and the impact of this technology on the environment has included the misuse and damage of our natural earth.

These technologies have damaged our world in two main ways; pollution and the depletion of natural resources.

Air pollution occurs when harmful or excessive quantities of gases such as carbon dioxide, carbon monoxide, sulfur dioxide, nitric oxide and methane are introduced into the earth’s atmosphere. The main sources all relate to technologies which emerged following the industrial revolution such as the burning of fossil fuels, factories, power stations, mass agriculture and vehicles. The consequences of air pollution include negative health impacts for humans and animals and global warming, whereby the increased amount of greenhouse gases in the air trap thermal energy in the Earth’s atmosphere and cause the global temperature to rise. 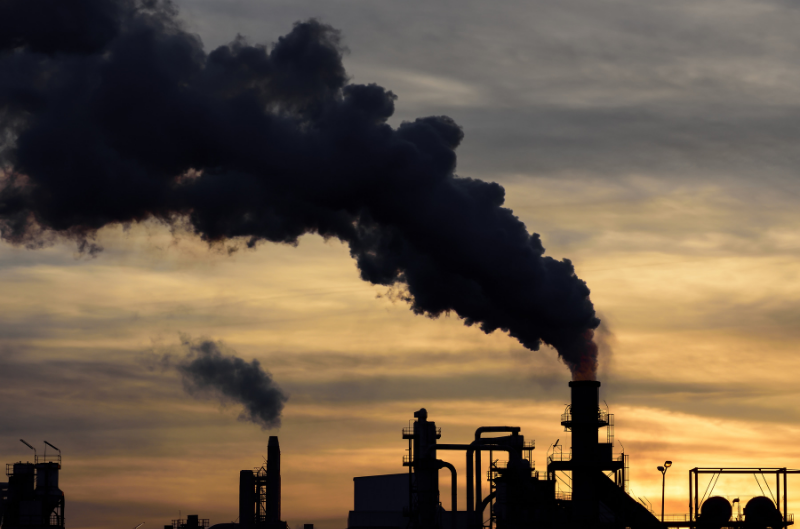 Water pollution on the other hand is the contamination of water bodies such as lakes, rivers, oceans, and groundwater, usually due to human activities. Some of the most common water pollutants are domestic waste, industrial effluents and insecticides and pesticides. A specific example is the release of inadequately treated wastewater into natural water bodies, which can lead to degradation of aquatic ecosystems. Other detrimental effects include diseases such as typhoid and cholera, eutrophication and the destruction of ecosystems which negatively affects the food chain.

Resource depletion is another negative impact of technology on the environment. It refers to the consumption of a resource faster than it can be replenished. Natural resources consist of those that are in existence without humans having created them and they can be either renewable or non-renewable. There are several types of resource depletion, with the most severe being aquifer depletion, deforestation, mining for fossil fuels and minerals, contamination of resources, soil erosion and overconsumption of resources. These mainly occur as a result of agriculture, mining, water usage and consumption of fossil fuels, all of which have been enabled by advancements in technology.

Due to the increasing global population, levels of natural resource degradation are also increasing. This has resulted in the estimation of the world’s eco-footprint to be one and a half times the ability of the earth to sustainably provide each individual with enough resources that meet their consumption levels. Since the industrial revolution, large-scale mineral and oil exploration has been increasing, causing more and more natural oil and mineral depletion. Combined with advancements in technology, development and research, the exploitation of minerals has become easier and humans are therefore digging deeper to access more which has led to many resources entering into a production decline.

Moreover, the consequence of deforestation has never been more severe, with the World Bank reporting that the net loss of global forest between 1990 and 2015 was 1.3 million km2. This is primarily for agricultural reasons but also logging for fuel and making space for residential areas, encouraged by increasing population pressure. Not only does this result in a loss of trees which are important as they remove carbon dioxide from the atmosphere, but thousands of plants and animals lose their natural habitats and have become extinct.

The Paris agreement, signed in 2016, has obliged almost every country in the world to undertake ambitious efforts to combat climate change by keeping the rise in the global average temperature at less than 2°C above pre-industrial levels.

This section will focus on the positive impact of technology on the environment as a result of the development of environmental technology such as renewable energy, ‘smart technology’, electric vehicles and carbon dioxide removal.

Renewable energy, also known as ‘clean energy’, is energy that is collected from renewable resources which are naturally replenished such as sunlight, wind, rain, tides, waves, and geothermal heat. Modern environmental technology has enabled us to capture this naturally occurring energy and convert it into electricity or useful heat through devices such as solar panels, wind and water turbines, which reflects a highly positive impact of technology on the environment.

Having overtaken coal in 2015 to become our second largest generator of electricity, renewable sources currently produce more than 20% of the UK’s electricity, and EU targets means that this is likely to increase to 30% by 2020. While many renewable energy projects are large-scale, renewable technologies are also suited to remote areas and developing countries, where energy is often crucial in human development.

The cost of renewable energy technologies such as solar panels and wind turbines are falling and government investment is on the rise. This has contributed towards the amount of rooftop solar installations in Australia growing from approximately 4,600 households to over 1.6 million between 2007 and 2017. 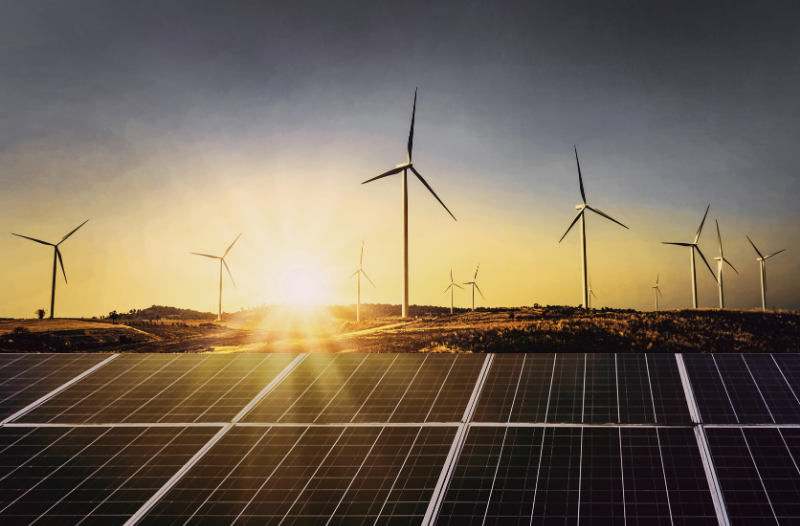 What is the Internet of Things?

Smart home technology uses devices such as linking sensors and other appliances connected to the Internet of Things (IoT) that can be remotely monitored and programmed in order to be as energy efficient as possible and to respond to the needs of the users.

The Internet of Things (IoT) is a network of internet-connected objects able to collect and exchange data using embedded sensor technologies. This data allows devices in the network to autonomously ‘make decisions’ based on real-time information. For example, intelligent lighting systems only illuminate areas that require it and a smart thermostat keeps homes at certain temperatures during certain times of day, therefore reducing wastage.

This environmental technology has been enabled by increased connectivity to the internet as a result of the increase in availability of WiFi, Bluetooth and smart sensors in buildings and cities. Experts are predicting that cities of the future will be places where every car, phone, air conditioner, light and more are interconnected, bringing about the concept of energy efficient ‘smart cities’. 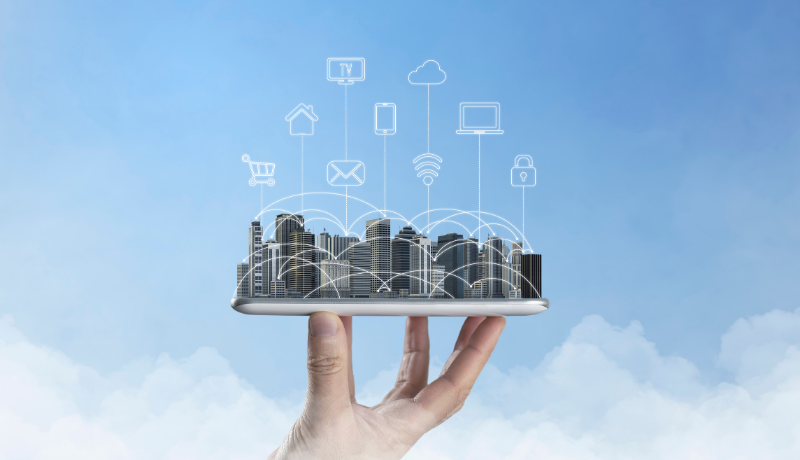 The technology of the internet further demonstrates a positive impact of technology on the environment due to the fact that social media can raise awareness of global issue and worldwide virtual laboratories can be created. Experts from different fields can remotely share their research, experience and ideas in order to come up with improved solutions. In addition, travel is reduced as meetings/communication between friends and families can be done virtually, which reduces pollution from transport emissions.

Electric vehicles demonstrate a positive impact of technology on the environment because they do not produce carbon emissions, which contribute towards the ‘greenhouse effect’ and leads to global warming. Furthermore, they do not contribute to air pollution, meaning they are cleaner and less harmful to human health, animals, plants, and water.

There have recently been several environmental technology government incentives encouraging plug-in vehicles, tax credits and subsidies to promote the introduction and adoption of electric vehicles. Electric vehicles could potentially be the way forward for a greener society because companies such as Bloomberg have predicted that they could become cheaper than petrol cars by 2024 and according to Nissan, there are now in fact more electric vehicle charging stations in the UK than fuel stations3. 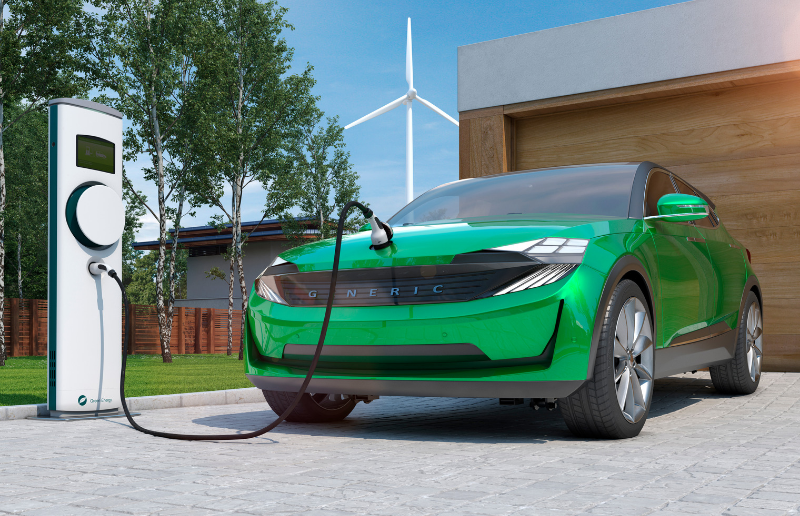 For a slightly more ambitious technology to conclude with, the idea of pulling carbon dioxide directly out of the atmosphere has been circulating climate change mitigation research for years, however it has only recently been implemented and is still in the early stages of development.

The environmental technology is known as ‘Direct Air Capture’ (DAC) and is the process of capturing carbon dioxide directly from the ambient air and generating a concentrated stream of CO2 for sequestration or utilisation. The air is then pushed through a filter by many large fans, where CO2 is removed. It is thought that this technology can be used to manage emissions from distributed sources, such as exhaust fumes from cars. Full-scale DAC operations are able to absorb the equivalent amount of carbon to the annual emissions of 250,000 average cars.

Many argue that DAC is essential for climate change mitigation and that it can help reach the Paris Climate Agreement goals, as carbon dioxide in the air has been the main cause of the problem after all. However, the high cost of DAC currently means that it is not an option on a large scale and some believe that reliance on this technology would pose a risk as it may reduce emission reduction as people may be under the pretense that all of their emissions will simply be removed. 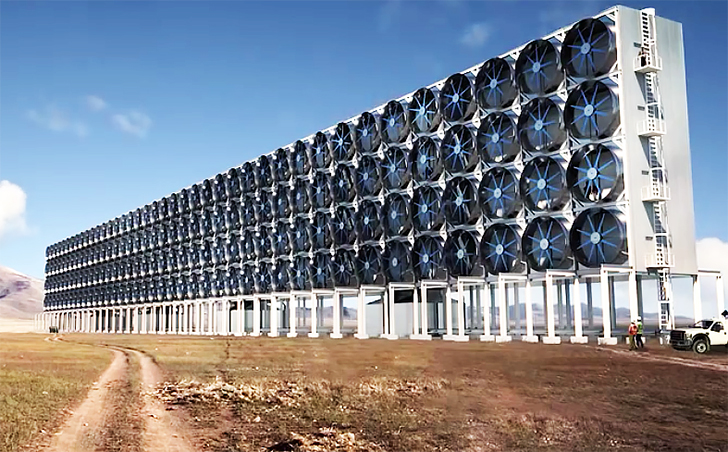 Although we cannot reverse the negative impact of technology on the environment caused by industrialisation, many believe that new environmental technology, such as renewable energy combined with smart logistics and electric transport, has the potential to bring about the rapid decarbonisation of our economy and the mitigation of further detrimental harm.

How can the environmental technology of Edinburgh Sensors’ Gas Sensor contribute?

Sensors play a huge part in the positive impact of technology on the environment as they often play a vital role in the monitoring and reduction of harmful activities. At Edinburgh Sensors, we produce bespoke gas sensing technology which can be used across a wide range of applications, many of which can be used to mitigate environmental concerns. This article presents just three of these applications; the monitoring of greenhouse gas emissions, the monitoring of methane using an infrared sensor and the detection of gases using a UAV drone.

Edinburgh Sensors Gascard NG provides high quality, accurate and reliable measurements of CO, CO2 and CH4. To find out how we can assist you with the measurement of greenhouse gas emissions, simply contact us.

Edinburgh Sensors’ Gascard NG is used for methane detection in a range of research, industrial, and environmental applications including pollution monitoring, agricultural research, chemical processes and many more.

From monitoring global warming to tracking the spread of pollution, there are many reasons to use a drone in order to monitor carbon dioxide, methane and other hydrocarbon gas concentrations in remote or dangerous locations.

If you have enjoyed reading this article about the impact of environmental technology and technology on the environment, why not join Edinburgh Sensors on social media and sign up to our infrequent newsletter to be the first to know about our latest products, research and developments.

Or if you have just as many concerns about the impact of technology on the environment as we do and are interested in using gas sensing technology to play a part in the reduction of environmental harm, we encourage you to get in touch with a member of our team today as we would be delighted to assist you.