Over recent years, there has been increasing concern for raising animal welfare standards in pig and poultry processing and the meat processing industry as a whole. This covers not just the animal’s environment and diet but also the procedures used in the slaughtering process.

To ensure that an animal is insensitive to pain while being slaughtered, a European Union directive1 requires that all animals are stunned prior to slaughter. There is one exception for animals killed at slaughterhouses in a manner in keeping with religious rites. Several methods can be used to render the animal unconscious, including electrical stunning, mechanical stunning or through the use of gas.

Carbon Dioxide stunning, otherwise known as controlled atmospheric stunning, involves using an environment with a high carbon dioxide (CO2) concentration to cause the animal to become unconscious. This approach to stunning has gained popularity, particularly in Europe, as it can offer a reduced risk of injury during the stunning process as there is no need to restrain the animals beforehand, which can also improve the quality of the meat, and is generally considered to be amongst the most humane stunning methods.2 It can also be used as a way of directly killing the animals.

The slaughter of animals is not just required as part of the meat processing industry but may also be a necessity for farmers as part of livestock culls following the outbreak of highly contagious diseases, such as during the 2001 foot-and-mouth disease outbreak in the UK that resulted in mass culls of millions of livestock.3 Typically, when livestock culls are enforced to control and eradicate the spread of disease, they are accompanied by restrictions of the movement of livestock, including sending them to slaughterhouses. 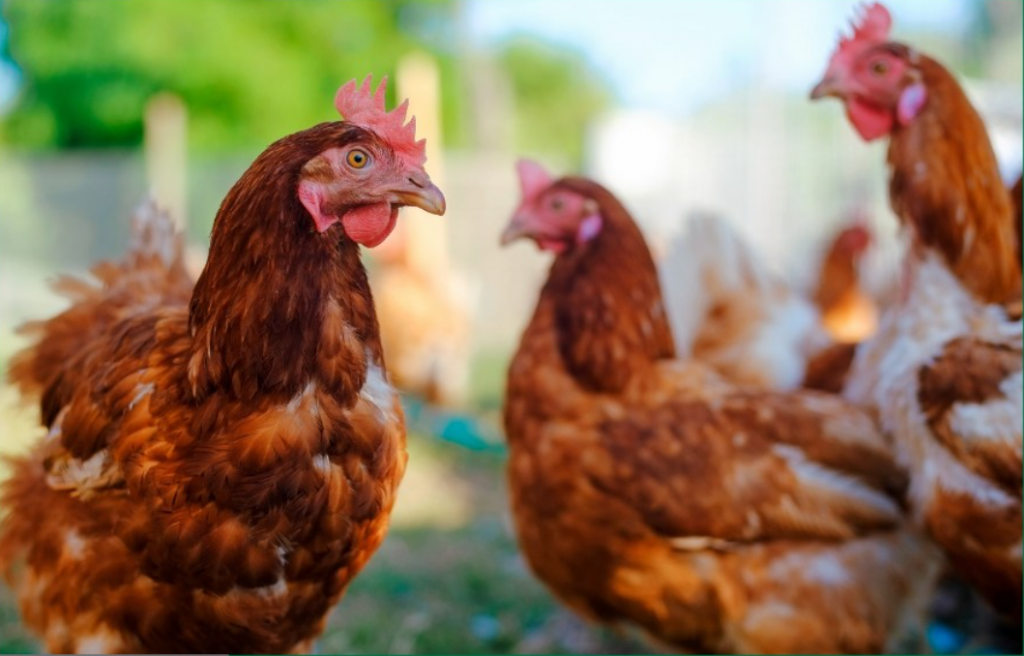 For herd animals like pigs, several animals are kept together in a chamber where the atmospheric gas mixture is rapidly changed to one suitable for stunning them. A similar approach can be used for poultry and other animals as well. In the UK, the Welfare of Animals (Slaughter or Killing) Regulations 1995 (WASK 95)5 specifically covers the gas mixtures that can be used for these purposes, and states that the carbon dioxide concentration must not exceed 30 %, as well as that devices must be used to measure by volume the maximum concentration, with audible warning systems should concentrations deviate from the legislated limits.

Edinburgh Sensors, with their line of real-time gas monitors, has several options for devices well-suited for CO2-sensing for livestock stunning and slaughter including meat, pig and poultry processing. Both the Guardian and GasCard real-time monitors offer highly accurate, online sensing capability for CO2 with real-time data logging and the possibility to integrate the sensors with alarm features or other gas-monitoring sensors as required. 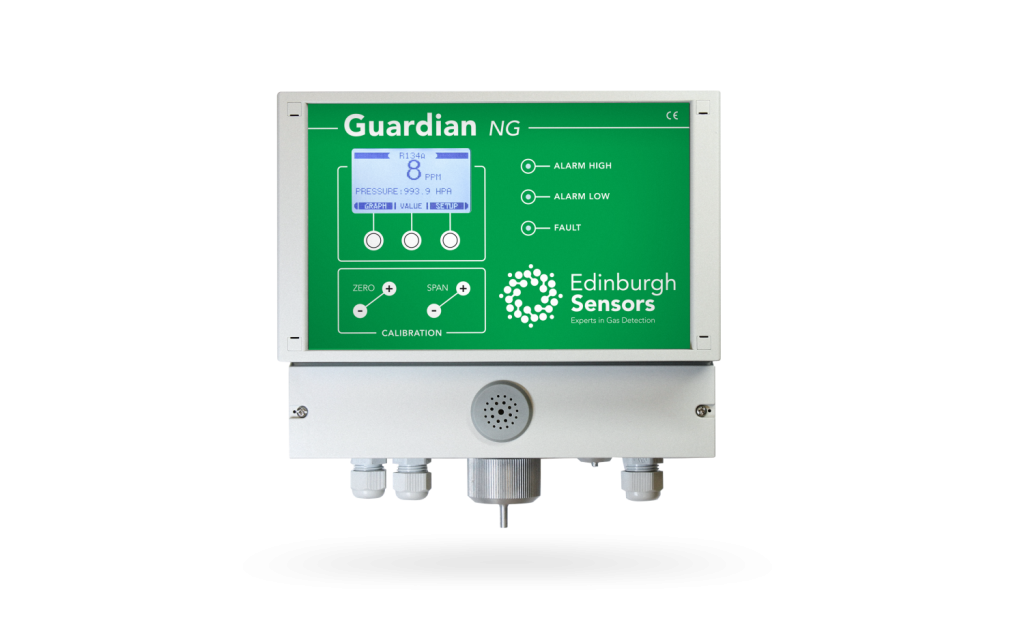 The Guardian NG series uses infra-red detection to give a CO2 detection range of 0 – 3000 ppm and 0 – 100 % volume. The on-screen device can be used either to monitor concentrations but also to set-up the device, which has an initial warm-up time of just one minute.

There are two alarm relays, as well as an alarm that can be set at any point of the detection range, that can be used to control additional devices e.g. in the case of gas slaughter, could be used to vary the gas concentrations as required to provide the optimum gas mixtures. The response time of the device is short enough (less than 30 seconds from the sample inlet) that it is suitable for the time-critical nature of detecting gas concentrations in the stunning process, important as the legislation specifies exactly how long livestock can be kept under certain atmospheric conditions.

With 2 % accuracy across the full range of detection, the device is also very robust as measurements are unaffected by 0 – 95% relative humidity. The use of the Guardian NG series for this particular application has been encouraged and recommended by Dr. Martin Wenzlawowics, Head of “BSI Schwarzenbek” for applied animal welfare at transport and slaughter.

The monitors can be mounted on the walls of the chamber where the livestock will be held as the Guardian NG series can detect gases from sampling points up to 30 meters away using their integral sampling system. All systems also come with the full technical and user support from Edinburgh Sensors 40 years of experience.

For further information on our range of gas sensors or to find out how we can help with your carbon dioxide stunning requirements, please contact us. We’d be happy to be of assistance.

To keep up to date with news and articles from Edinburgh Sensors simply opt-in to our infrequent newsletter via the sign-up button below.