Methane is emitted by a range of natural sources such as marshlands, leakage from natural gas systems and livestock farming [1]. Domestic livestock such as cattle, sheep and goats, produce significant amounts of CH4 as part of the normal digestive processes in the ruminant stomach system. Ruminant animals host bacteria in their gastrointestinal systems to aid in the breakdown of plant material and some of these microorganisms (methanogens) use the acetate from the plant material to produce methane [1,2].

This means that whenever the animal eructates (burps) or defecates, it emits a significant quantity of methane at the same time. In addition, stockpiled rotting animal manure for use by farms in fertilizing fields can also be a potent source of the gas. From a global perspective agriculture is the primary source of CH4 emissions and ways to measure the effect and reduce the overall emissions are constantly being sought [3].

The Environmental Impact of Methane

Methane is an active component in the carbon cycle but the natural processes in soil and chemical reactions in the atmosphere that help remove it from the atmosphere are being overtaken by industrial-scale farming and gas production activities [4].

The lifetime of methane in the atmosphere is actually much shorter than the best known greenhouse gas carbon dioxide (CO2) (generally around 12 years), but CH4 is more efficient at trapping radiation than CO2 [5]. The comparative impact of CH4 on climate change is more than 25 times greater than CO2 over a hypothetical 100-year period. Methane has a powerful greenhouse gas effect, and about 44 percent of anthropogenic livestock emissions (3.1 Gigatonnes CO2 equivalents per year) are in the form of methane (CH4).

The remainder of emissions is shared between Nitrous Oxide (N2O , 29 percent) and Carbon Dioxide (CO2, 27 percent). Although methane doesn’t remain in the atmosphere for as long as carbon dioxide, it is far more devastating to the climate. To effectively reduce the impact of climate change both methane and carbon dioxide emissions must be addressed [6]. 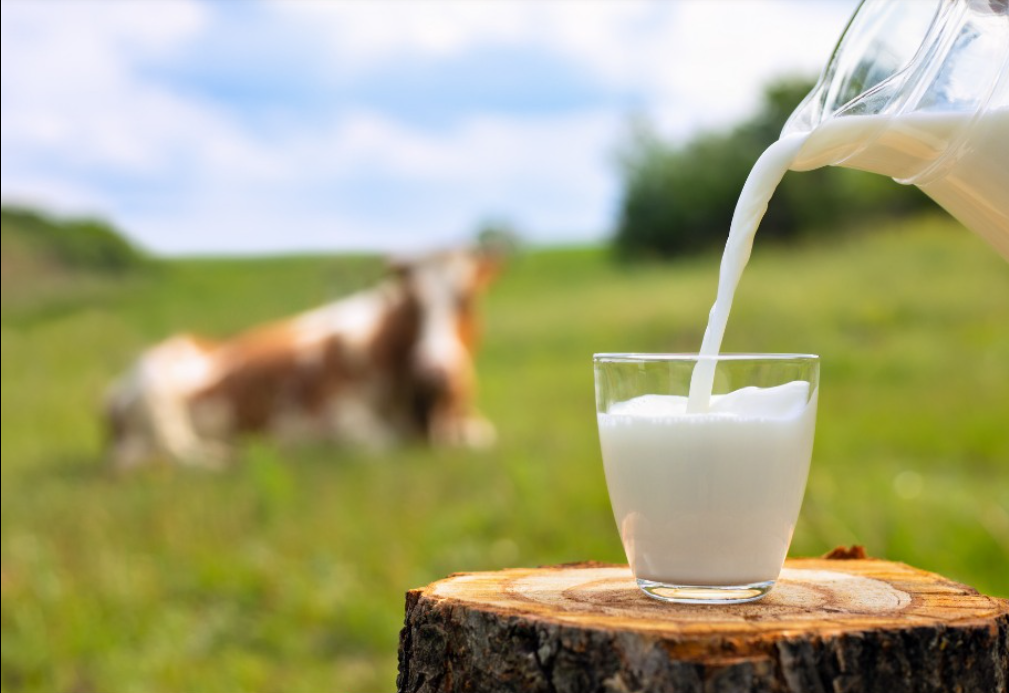 It is generally accepted that both dairy and beef herds are important producers of methane. The quantification of the methane gas produced is difficult to accurately determine without the use of protracted experiments involving a cow in a respiration chamber for several days.

One of the methods in development is the use of gas sensors in milking parlours and cow sheds to monitor the methane produced by individual animals over a set time. While the respiration chamber remains as the benchmark, the gas sensor method is able to produce rapid and accurate estimates of methane emissions which, unlike a respiratory chamber, are not disruptive to agricultural activities [7].

The measurements are usually made during ‘milking’, which takes place between 3 and 6 times per day and are invaluable in the development of methane reducing diets and to identify low emission cow species.

Recent research [8,9] at the University of Queensland, Australia has examined the development of a vaccine from Kangaroo stomach bacteria against methane-producing bacteria in ruminant digestive systems (kangaroos produce no stomach methane). According to Professor Philip Garnsworthy of the University of Nottingham, School of Biosciences, “On-farm monitoring has the potential to decrease uncertainty, or at least to quantify sources of variation, and to test the outcomes of mitigation strategies, by measuring indicators of emissions under commercial conditions” [10,11].

A study of 82 cows in 2012 [12] was conducted in a commercial farming environment to quantify methane emissions from individual cows using a novel technique to sample the air released by eructation of cows during milking. Both eructation frequency and methane released per event were used to estimate the methane emission rate.

Methane concentrations were measured using the Guardian Plus, a single infra-red methane analyser with a range of 0 to 10,000 mg/kg, for each milking station. Air was drawn through the instrument by an integral pump between the gas inlet port and analyser.

There was a good correlation between in situ infra-red measurements and benchmark respiration chamber measurements [13]. The study was also able to establish the validity of the IR method by comparing cows fed a high methane diet with a control group with a normal diet.

A further 2012 study [14] of 215 cows examined the methane emission rate during milking over a period of five months using automatic gas analyzers in milking stalls. The study was able to give additional validation to the non-invasive IR gas analysis regimen and also compare methane production from different cow species on different diets.

IR gas analysis has proven to be useful, inexpensive and rapid in providing accurate measurements for methane from ruminants [15].

The Gascard NG Infrared Gas Sensor (Edinburgh Sensors Ltd.) is the ideal adjunct to any automatic gas detection system for measuring methane levels during milking (it can be used alongside other gas detection technologies if required). The Gascard NG infrared gas sensor has been designed to be easily integrated with gas detection systems that require high quality, accurate and reliable concentration measurement of a range of common gases including CO, CO2 and CH4.

The system incorporates flexibility and a range of important features including: