Safety is a top priority in nuclear power plants. CO2 Cooling Nuclear Reactors are now used in Nuclear plants to maintain safe operation. CO2 gas coolant is used to control the nuclear chain reaction and avoid incidents such as overheating, meltdowns, and explosions. When using a CO2 cooling system, it is however essential to monitor CO2 concentrations and leaks to ensure safe operation. Infrared sensors from Edinburgh Sensors provide the ideal leak detection solution for nuclear research and for nuclear power plant safety. 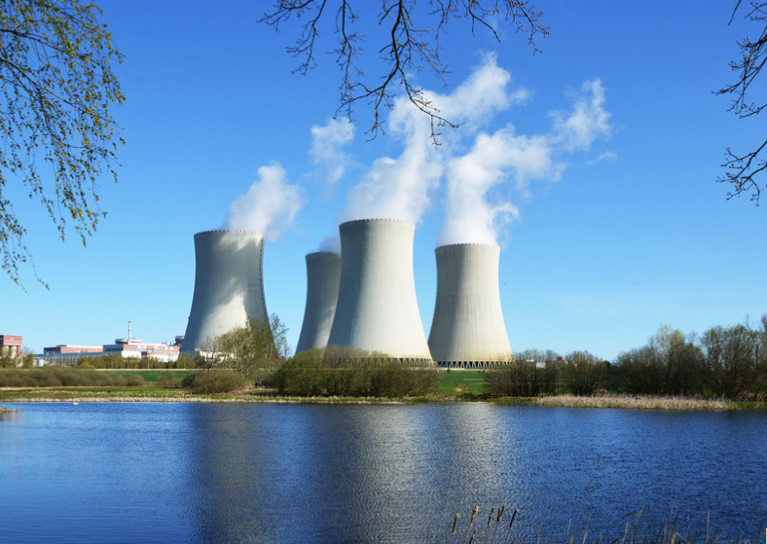 Nuclear power stations convert energy stored in nuclear fuels such as uranium or plutonium into electricity. Energy is released using nuclear fission reactions; neutrons are fired at nuclear fuel rods to form excited nuclei that split into smaller nuclei, free neutrons, heat, and radiation. The heat is then moved away from the nuclear reaction core to generators, producing electricity.1-4

Catastrophic large-scale nuclear accidents in Chernobyl and Fukushima have resulted in widespread public fear of nuclear power generation. Nowadays, however, modern plant design processes emphasize safety; as a result, the overall risk of accidents at nuclear power plants is low and continues to decline.5 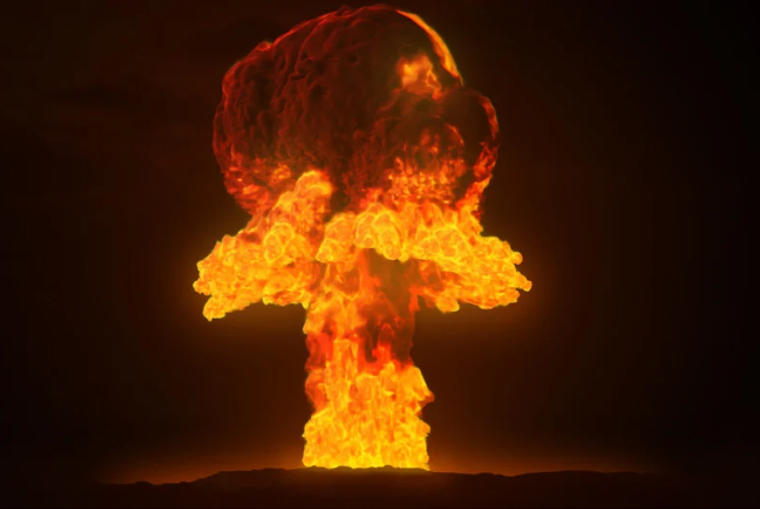 Major nuclear accidents, like those at Chernobyl in 1986 and Fukushima in 2011, are typically the result of a series of events involving overheating, fuel meltdowns, and explosions, resulting in the release of large amounts of radioactive material into the environment. Neutrons released during nuclear fission initiate a chain reaction that generates a large amount of heat and controlling the chain reaction is vital.2-4

There are many different nuclear power plant designs currently in operation, with varying ways to control nuclear fission chain reactions. To remove the heat from a nuclear reactor, coolant is used. Some reactors rely on water as the primary coolant, while others use gases such as CO₂ or Helium, molten metals, or molten salts.2-4

The role of Coolant in Nuclear Power Safety

Coolant is a substance that is dispersed through a nuclear reactor to remove or transport heat. As mentioned, there are various types of substances used for coolant such as water, CO2, helium and more.

While water cooling provides high power density and therefore excellent thermal efficiency, systems that use water as the primary coolant have several drawbacks, including the risk of explosions during meltdown events.2-4 If there is a power cut and the system’s water pumps fail, the fuel rods can reach very high temperatures, at which point water splits, producing explosive hydrogen and oxygen gas. 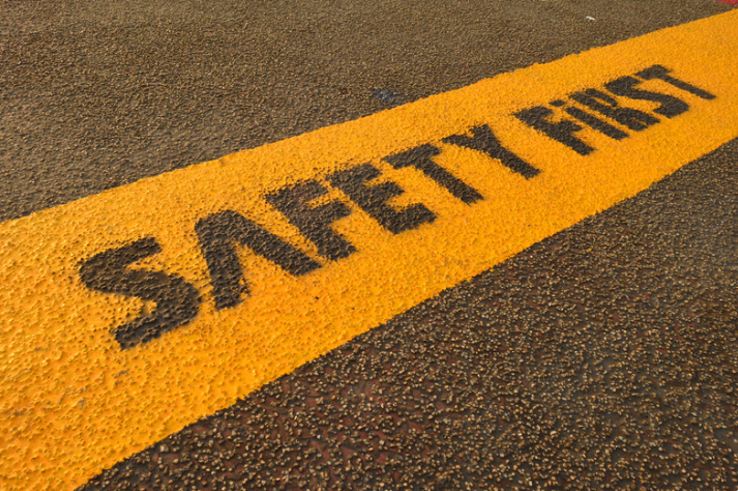 This possibility was demonstrated in 2011 when an earthquake and tsunami in Japan led to a power outage at the Fukushima nuclear plant, removing power from the cooling systems, resulting in overheating of the fuel reactors, which were flooded with water and led to explosions that released large amounts of radioactive material into the environment.6-7

CO2 Cooling System: Why is Carbon Dioxide used as a coolant in Nuclear reactor?

Using a CO₂ cooling system for nuclear reactors is inherently safer than using water, as CO₂ is less reactive and does not pose a risk of exploding. CO₂ is also more flexible in terms of operating temperatures and pressures, resulting in a more stable system that responds more slowly to catastrophic faults than water-cooled reactors. However, reactors that use CO₂ coolant have lower power densities than water-cooled reactors, resulting in larger reactors and reduced efficiencies.2-4

The Magnox reactor led to the development of advanced gas reactors (AGR), which used new materials that enabled the reactor to operate at higher temperatures, increasing efficiency. Fourteen AGR reactors are presently in operation in the United Kingdom.2-4

In both nuclear research and routine operation of gas-cooled reactors is important to detect CO₂ leaks. A CO₂ leak can leave the reaction core with no coolant and in danger of overheating. Furthermore, large leaks of CO₂ can be dangerous to personnel and the environment, expensive, and disruptive to power plant operation. 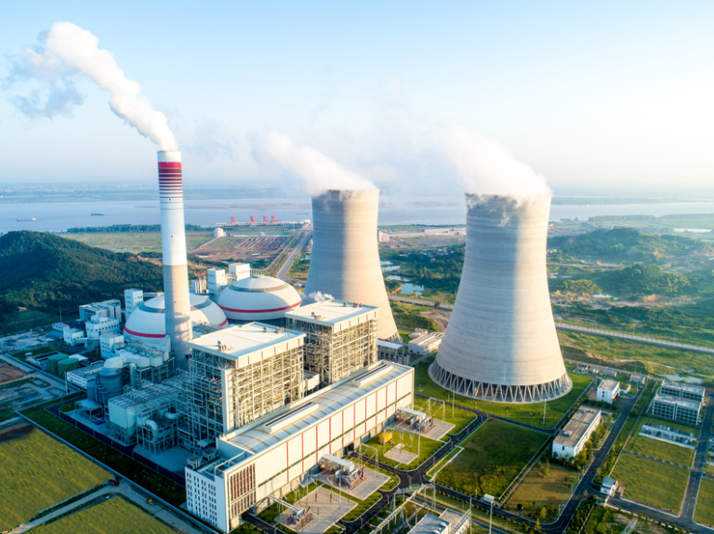 Infrared sensors are ideal for monitoring CO₂ levels and detecting leaks. Infrared sensors are easy to use and provide rapid online measurements of CO₂ concentrations in a package that is robust, reliable, low-maintenance, and long-lasting compared with other gas composition sensors.

Edinburgh Sensors are a leading supplier of high-quality infrared gas sensing solutions, including continuous CO₂ detectors. While some infrared sensors suffer from the effects of temperature or pressure variations, sensors from Edinburgh sensors offer extensive temperature and pressure correction to ensure accurate results in a wide variety of operating environments, making them ideal for nuclear research and operations. 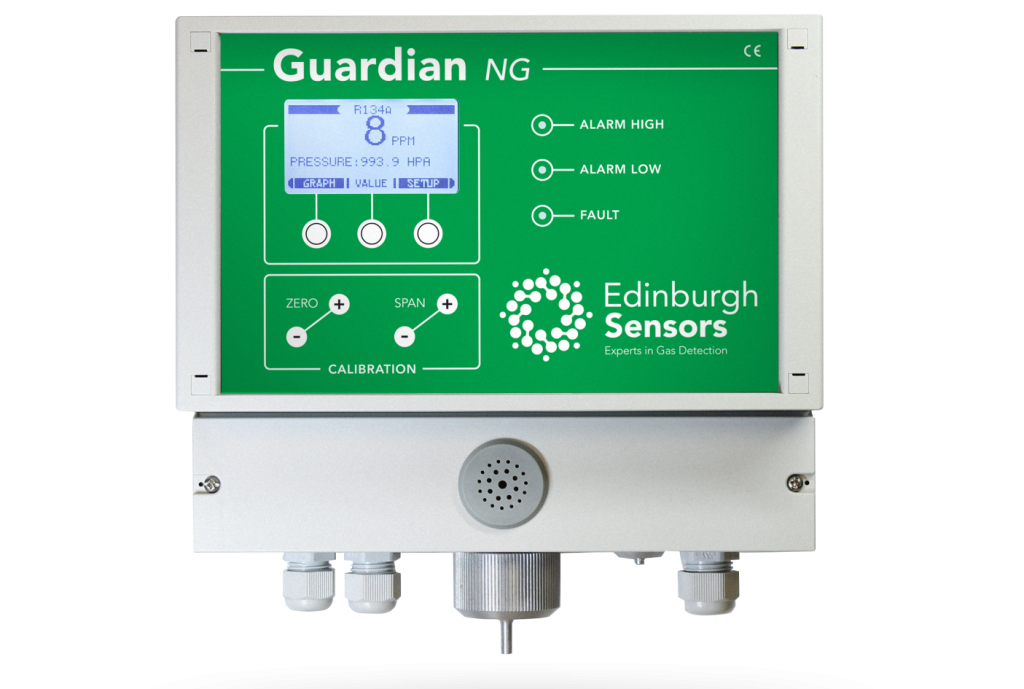 Achieve nuclear power plant safety with Edinburgh Sensor’s Guardian NG. The Guardian NG gas monitor meets stringent UK regulations and is accredited for use in nuclear applications and plants. EDF Energy, who currently operate eight AGR power stations in the UK, rely on Edinburgh Sensors to ensure their CO2 is stored correctly and to detect any leaks.

We are delighted that EDF Energy have purchased a large number of Guardian NG CO2 monitors units from Edinburgh sensors to support their control systems at their nuclear power stations.

For more information on how our Gas Sensors can help you with your applications get in touch, and a member of our team will be delighted to help.

If you have enjoyed reading about how our gas monitors are suitable for nuclear applications and would like to be the first to see all the latest news, products and applications from Edinburgh Sensors, sign-up to our infrequent newsletter below and follow us on social media: LinkedIn, Facebook, Twitter.